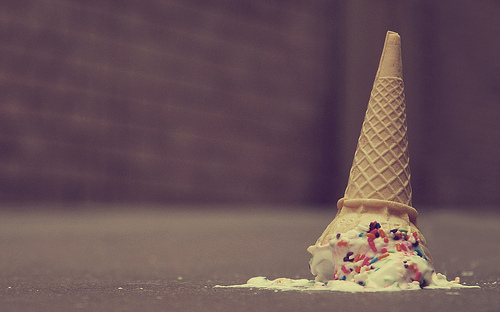 Tess sat up in bed, waking from a deep slumber to what she thought was music. The kind of music from a jewelry box. No, an ice cream truck. She wasn’t normally one to sleep in, but given it was Saturday, she didn’t completely discard the option. Looking at her phone, she had to close her eyes and look again, attempting to cleanse the sleep from her sight. The clock read 3:02 AM.

It couldn’t be. Why would there be an ice cream truck this early in the morning? She sat up, looking around the room. She thought maybe the TV was on, but that wasn’t the case. Tess got out of bed slowly, checking the living room next. She had a four-year-old daughter who hadn’t really grasped that there were certain times of day for specific activities. Maybe this was one of the times. She wandered in, expecting to see Addison on the couch watching television. There was nothing, yet the sound persisted.

Tess heard a loud thump from the other room. It made her jump, and the first place she thought to check was her daughter’s room. She opened the door to Addison’s room slowly, as to be sure not to wake her if the sound hadn’t already. As she peaked through the door, she noticed that there was no blonde-headed girl in the bed where she normally lay.

She opened the door further, looking around the room carefully, trying to spot her daughter. That’s when she noticed the curtain blowing in the early morning air. Through the window, Tess finally found where the sound was coming from. An ice cream truck, parked outside her house, playing the song that reminded her of her very own childhood. As she got closer, she watched as Addison walked towards the truck. She realized now that the loud sound she’d heard must have been the sound of the screen slamming down as Addison crawled out.

Tess ran to the door, throwing it open to see the door slide open from the truck. There was nothing to be seen but a pair of glowing green eyes. As she stepped out on to the porch, her daughter turned around to wave her mother goodbye. With that, long, black fingers reached out and grabbed Addison’s curls, pulling her into the van.

Sitting up in bed, to what she thought was her daughter’s scream, Tess ran to Addison’s room. She was nowhere to be found. In the distance, she heard the faint sound of music. The kind that comes from a jewelry box. No, an ice cream truck. She looked at the time. It read 3:03 AM.

Chelsea Ealey is a student at Hagerstown Community College.