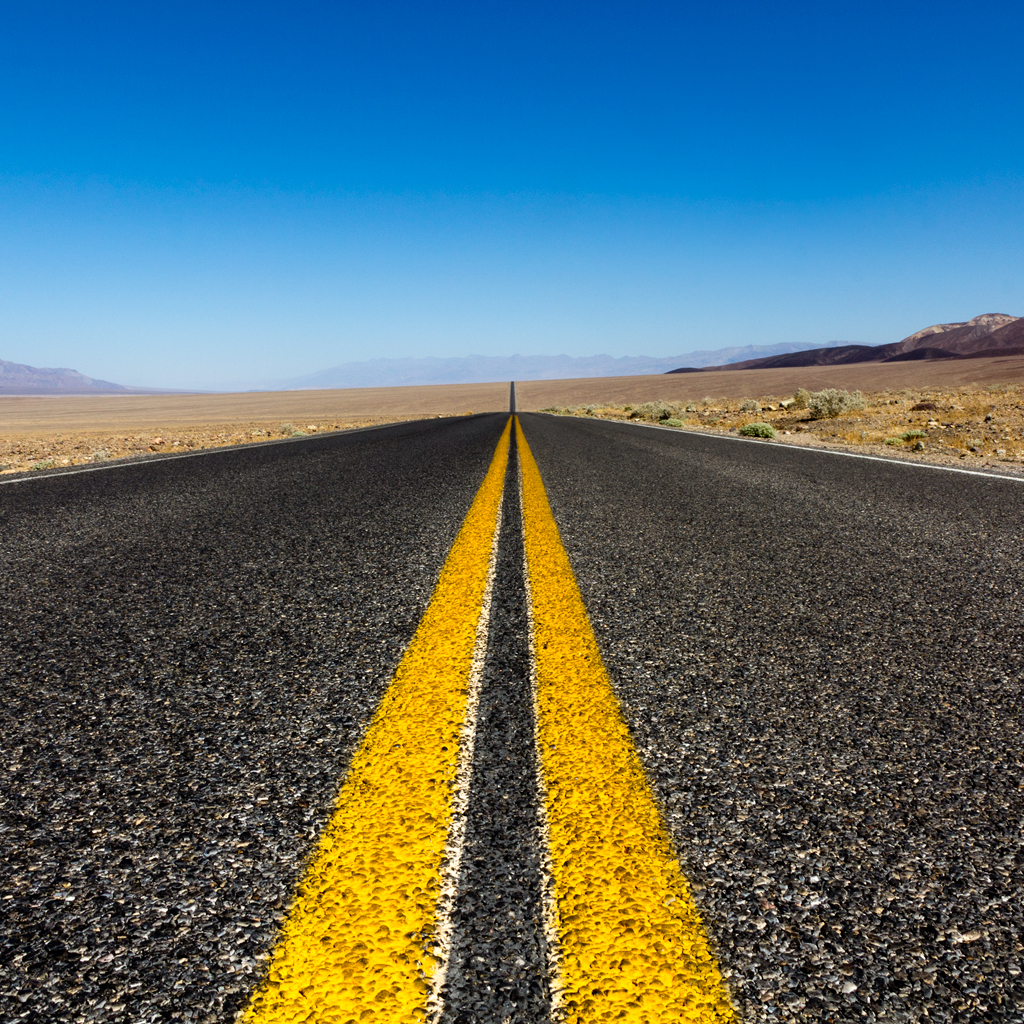 Joy feels no joy here in the cramped backstage area. She holds her guitar neck with her left hand, adjusts her Beatles’ wig with her right, ignores the chatter of her bandmates, her sisters in music, who more and more grate on her like a sharp note.  She still loves the music, loves the band’s concept even, a four-girl Beatles tribute band, playing those beautiful songs and dressing like them but with a feminine touch. Cheeky, a little sexy but limiting and exhausting. Joy has songs of her own she’d like to play and record, ambitions beyond the tribute band circuit, the Beatles fan festivals.  She’s thought about going to back to college, backpacking through Europe, making a pilgrimage to India.

Joy glances at her, nods.  Ali tucks a strand of red hair back under her wig, grins her perfect grin. So Paul, perfect in her gray suit and Nehru jacket.

“Big crowd,” Ali says, this time trying out her dodgy Paul impression. The last fifteen minutes before show time, she likes to “get into character.” None of the others try that hard. They know the music, they wear the wigs and outfits, but they don’t play characters.  Right now, Liz–the John of the group–scrolls through a dating app on her phone, looking for some after-show New York City fun. Nora warms up on a drum pad, her focus on the brick wall in front of her, her jaw chewing away at a piece of gum. Ali? Ali taught herself to play bass left-handed for authenticity.

“I’m fine,” Joy says. What else can she say, especially right before a show?

“You feel good about that ‘Taxman’ solo?”

Joy studies her guitar, fingers a few chords.  Ali knows the damn answer, and she knows Joy doesn’t need to practice those parts anymore.  They’ve played them almost every night for three years.

“You know,” she says, “you should play that solo.”

Ali frowns. She has a great voice and great bass chops, but she doesn’t have Paul’s multi-instrumental genius.

Ali waves her hand in dismissal.

“I don’t care about that,” she says, turning “care” into something that sounds more like “cuh.”

Joy shrugs.  Ali would love to play that solo if she could.

She looks right at Ali and speaks.

“Literally,” Joy says, “I was thinking about it when you interrupt. . . when you asked me if I was OK.”

Ali steps as close as she can without their instruments hitting, then speaks in her real voice.

“Did I do something?”

She rocks back on her heels.

“I thought you might want to get away from me.”

Ali joins Joy against the wall.  Joy does want some space, but she can’t tell Ali that, even though it has nothing to do with Ali’s desires.  She needs time to herself today, tomorrow, maybe for a year or three, instead of time to herself surrounded by three other women and a slightly pervy road manager.

“Not right away,” she says, “not ‘til after the dates we have, but maybe then.”

“It doesn’t have to stay that way,” Joy says.  “You could find a replacement or change up the act and have a dude or two around or start doing Paul songs instead.”

She pushes herself off the wall and retreats to Liz and Nora, puts on her chipper face again.

“You said it,” Joy mutters.

The others huddle, and Ali glances once at Joy as she talks.  Joy has had her fill of this, too, the ever-changing dynamics, shifting alliances, bruised egos.  Everyone loves the romantic idea of a band, this pure expression of friendship, the band against the world, and then everyone acts surprised when a band falls apart as if it’s never happened before.  This band in particular doesn’t have anything to do with friendship, other than Joy and Ali. They found the others through auditions, but the band only has two missions, one noble, one practical. The noble one: share this great music, honor this great band, show people “girls can do it, too.”  The practical: you can make money easier with someone else’s songs.

Their road manager gives them a sign.  Joy adjusts her wig again, makes sure her gray pants haven’t wedged themselves anywhere, brushes them off, and joins the others. They head out to the darkened stage, plug in, and strike that first magic chord of “A Hard Day’s Night.” Lights blaze. The club crowd erupts in applause. After the song, they take their Beatles-style bows. Joy used to feel a charge in these moments but looking out at these Baby Boomers reliving their youths and smiling at the band’s gimmick doesn’t do anything for her. They’ve served the audience a fast-casual twist on the McDonald’s fries of other tribute bands, not some hand-crafted delicacy.

For the few seconds before the next song, she ponders throwing her guitar down and leaving, just walking out into the Village in her stupid Nehru jacket, tossing her wig in the nearest trash can, and heading to Penn Station or Grand Central or the Port Authority to catch the next train or bus to wherever and never looking back. Then Nora counts them in by tapping her sticks together, and Joy plays and bobs her head and sings harmonies with Ali at a single microphone, their faces almost touching, their voices blending perfectly, and she understands Ali’s feelings even if she can’t reciprocate them.  In those moments night in and night out, they seem perfect together.

The song ends, they step back, take their bows, and Ali leans close, whispers.

“How could you leave this?”

The fantasy rolls in Joy’s mind again, but now she has to sing lead, and she has no time to think about leaving or staying.  She has to perform, she has to tell Beethoven to roll over. Across the room, she sees an older woman they met in the train station in Washington.  Chatting with her, they learned she had seen the Beatles as a teenager and that her 14-year-old granddaughter loved them, too, so they told her about the show.  The granddaughter sits, tapping her foot but looking a little skeptical of the proceedings. Joy understands that, but she decides to focus all her energy on this girl, this one person, keeping her eyes on her as much as she can, playing her solos with extra energy, letting a little of her own style creep in.

When she steps back to her regular position, Ali grins at her as if to say, “See?”  They carry on, and Joy continues to focus her energy on the girl. A few songs later, the girl has moved up front, sometimes dancing, sometimes watching their hands, trying to learn.  She wears a sweatshirt emblazoned with the cover of Abbey Road, the four Beatles not long before their breakup, crossing a street at a crosswalk. Joy likes it, points at the girl, gives her a thumb’s-up.  The girl flashes a big, bright smile, and Joy does the same. The girl averts her gaze.

They reach “Things We Said Today,” and as always, they take their cue from the live versions and do a rave-up during the middle eights.  Joy leans into it even more, and that pushes Ali, always a good musical listener, to open up her voice more. The girl bounces up and down. Her ponytail pops loose, and her long brown hair whips around her head.

They bow before a break, and the girl still moves a little, her hair a mess around her, sweat beading on her forehead.

They leave the stage, hurry to change into their cheekier Sgt. Pepper outfits, matching the Beatles’ original satin marching band uniforms but different: sleeveless with skirts and go-go boots.  Joy hates them but at least prevailed on Ali to forego fake beards and mustaches. Now though, thinking about the girl, about that moment of abandon, she doesn’t care about feeling ridiculous. She doesn’t care about the annoyances, the resentments, the jealousies.  She cares about the music and the girl.

“Did you see that girl?” she says.

Joy can’t suppress her own smile.

“We should do something extra,” she says.

They lock eyes, nod, know.  Ali looks over her shoulder at Liz and Nora.

She turns back, runs her hand along Joy’s cheek.  This has happened before. Joy doesn’t flinch, but she doesn’t relax either.  Ali’s smile softens into a frown.

Joy holds up her guitar and points at it.

“This,” she says, “just this and that girl and making her happy.”

Ali nods again, wipes her eyes with the back of her hand.

Their road manager gives them the sign.  Joy tugs at her skirt to straighten it, and they find their way to their spots in near darkness, plug in again.  Nora counts them in, and purple lights, applause, and the girl greet their opening chords.

Michael Cowgill writes fiction, comics, and songs in Falls Church, Virginia, and is a member of the comics collective The DC Conspiracy. He also co-hosts the podcast Battle of the Network Shows. He earned a BFA in creative writing from the University of Evansville and an MFA in fiction writing from George Mason University. His fiction has appeared in Phoebe, and his comics have appeared in the anthologies District Comics and Wild Ocean.