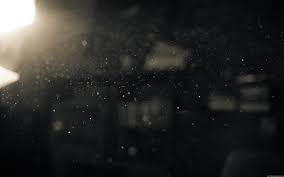 Ozzy bit a bat’s head off, headed for rabies shots,

with Iommi by calling from the hospital phone

a friend who played the intro to “Sweet Leaf”

on repeat for the ER doctor. Coughing was a favored

vocalise and solmization for Ozzy. A frequent chord for Iommi.

One he fake-fingertip licked into mean riffs,

plucked like leaves off the devil’s lettuce then laid on the fretboard.

Just another cross he dangled round his neck.

like riding a bike made of graffiti and sheet metal

factory pollution. Like a bird that builds a Brummie nest

and keeps coming back to roost, or one that flies away from home

and congregation to form a solo career out of pills

feels the incessant throat-tickles of home

communication forms during their migration-separated years.

Whenever Ozzy flew to rehab, Iommi could feel it

rattle his lungs, tingle from nostrils to sinuses

though tried finding psychedelics in dens,

cocaine in snow mounds, eventually health in a haystack.

He apologized to men he street-fought as a thug kid,

tossed away knives, forgave the fiend inside.

Finally he reconciled with Ozzy after gnarly years

when Ozzy’s inability to fly high and straight solo

finally ended. They shook hands at the airport,

And when they deplaned, both inhaled, then coughed.

Jeffrey Warzecha earned an MFA from Lesley University, is the recipient of The Connecticut Review‘s Leslie Leeds Poetry Prize and has new publications both in print and online.