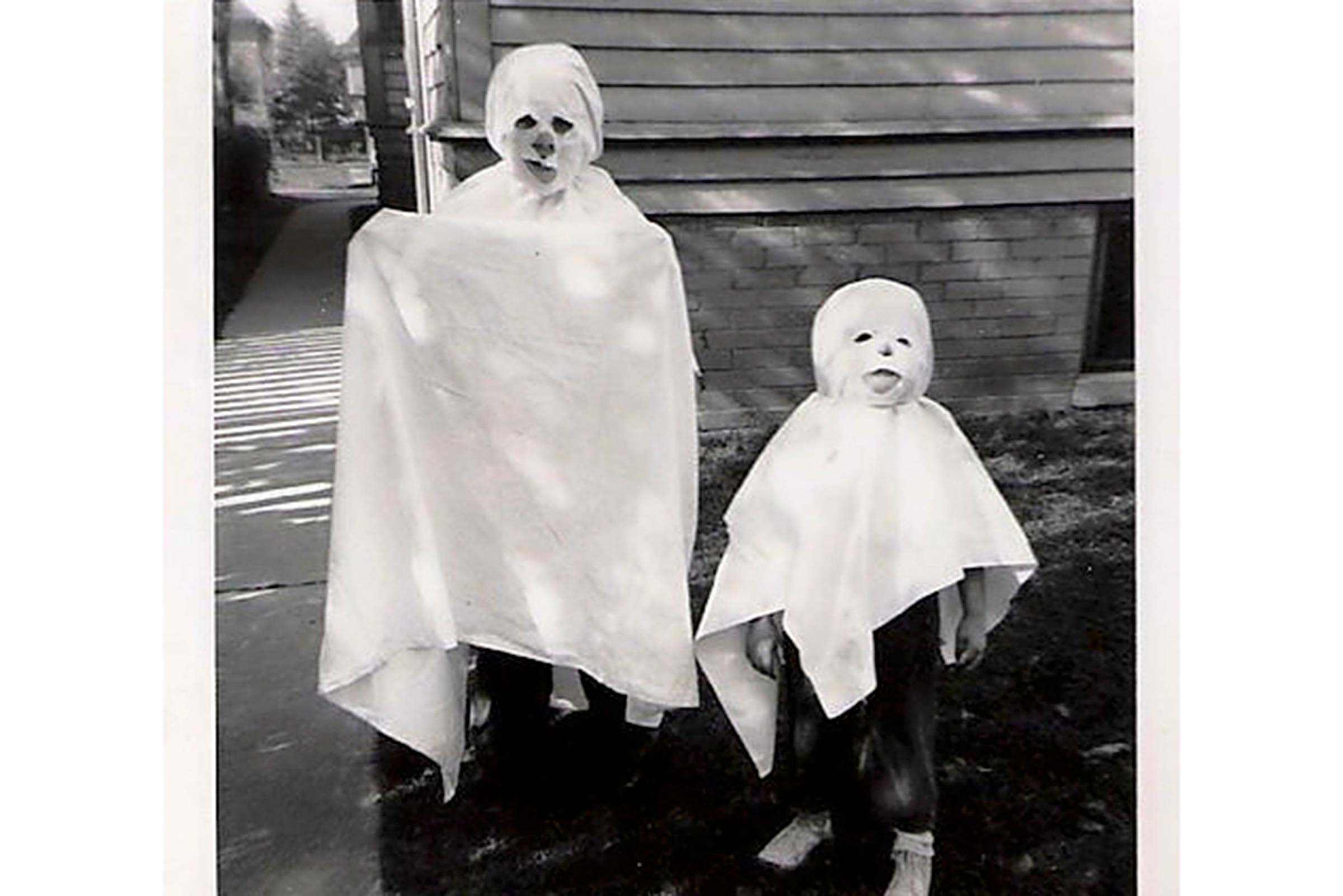 The neighborhood was a quiet one. One of those developments, filled with large, similarly constructed houses, evenly spaced apart. A neighborhood full of cute, picture perfect families of the upper middle class, living in their beautiful houses, in serenity.

They were a young couple.  The woman, with straight, platinum hair cut into a perfect bob and her husband with slicked back black hair, both never looking out of sorts. The day they moved in to the last vacant house on the block was memorable simply because they brought nothing with them. No moving truck pulled in with their enviable black Mercedes, just the Mercedes. All the people recall is watching that car pull in, seeing the couple get out and walk straight into the house. Not a single bag. And nothing had come before hand and nothing came after and believe them they tried to get a peek inside because how strange it all seemed. Who moves into such a home and brings absolutely nothing with them? And yet every time they saw the couple they were dressed in different clothes and he often had a briefcase, she wore varying pieces of jewelry. It puzzled them, but what could they do?  Everyone just called it peculiar and moved on because they did not bother anyone.

Then Autumn set in and the leaves changed and with it the couple changed. It was if their icy exterior fell away as they got ready for Halloween. They pulled decorations from who knows where and set them up in the yard. A string of skulls in the barren tree in the yard, a frightening witch, a headstone, multiple jack-o-lanterns, and ghosts scattered about the yard. This again set everyone to talking, yet only for a minute because most everyone decorated so it was not too out of place. What really was interesting is what the children started to say. Rumor had it that the couple liked children. That they were kind to them even.  The parents dismissed this talk as the children mistaking the couple’s new-found comfort around their home for comfort with the neighborhood itself.

The bus stopped at the end of the cul-de-sac and all the children walked home together, one by one saying goodbye and going into their homes. They then would meet up to play after all the homework was done and run around the neighborhood on bikes and scooters, laughing and shouting. Now each night, unbeknownst to the parents, the couple had started to sit on the front porch. They had set up chairs, again, from where they brought them no one could know, and watch the children. It could be said that they just enjoyed the crisp fall air and each other’s company, but about two weeks after this habit had formed they moved the chairs to the edge of the driveway and began to talk to the children. And the children began to like them. They would joke and sing with them and make sure they went inside at a decent hour. They never moved from those chairs though.

Halloween was quickly approaching and all the children were becoming quite excited. They did not come outside at night anymore to play because it had become much too chilly and they had costumes to work on. The couple had moved their ritual back to the porch, but sat outside after the children got off the bus. Now the way their house was situated, second to last in the development, meant that by the time all the young ones had walked each other home, there was only one child walking by their house to get to his. Jones was a small timid boy, but he enjoyed playing with the other children and he had grown to like the couple who had sat outside and chatted with them all this time. So, every afternoon as he walked by to go home he waved and the couple smiled back. This went on all the way until the night of Halloween.

Trick or Treat was simple for the neighborhood. Everyone knew everyone so it was put your child in a costume and send them out all at once and then, at the agreed time, turn your porch light off and all the children came scampering home. It was a great system. The parents could relax without freezing and all the kids felt independent and got candy. So, the night began. All the little witches and vampires and doctors were running around gathering their candy, happy as could be. The couple sat on their porch, light on, handing out candy to each child as they came by, smiling and offering a kind word, the only adults visible outdoors on the chilly night.

At the agreed time, all the porch lights went off and each child reluctantly went home, dragging a bag of candy with them. Jones waved goodbye to his last walking partner as they ran inside their own house and began his small journey home. As he was walking past the couple’s house he noticed, even though their light was off, that they were still on the porch. They saw him, smiled, pointed to a bowl of candy that was still quite full and waved him over. He made his way up the sidewalk and excitedly opened his bag and watched as they dumped all of it in. He grinned and said thank you.

Inside they found beautifully decorated walls, with pictures of the couple hung all about. Odd artwork of a dark nature, not really depicting anything for certain sat about in random corners, giving each person an uneasy feeling. The house otherwise was empty. No beds or furniture or food. Not ever toilet paper or a toothbrush. Yet, when they made their way into the garage they found the black Mercedes sitting alone. The doors of the car were locked, but the trunk was left slightly ajar and dirty handprints had seemed to have caressed it not too long ago. All the neighbors looked at one another, no one really knowing what to do or daring to touch anything. Suddenly, without anyone touching the trunk of the car, it flung itself open with a creak to reveal a large bag of trick or treat candy. The candy was not alone in the trunk. Staring down each neighbor, striking fear and questions into each heart, lay a tiny, blood soaked, ghost costume.