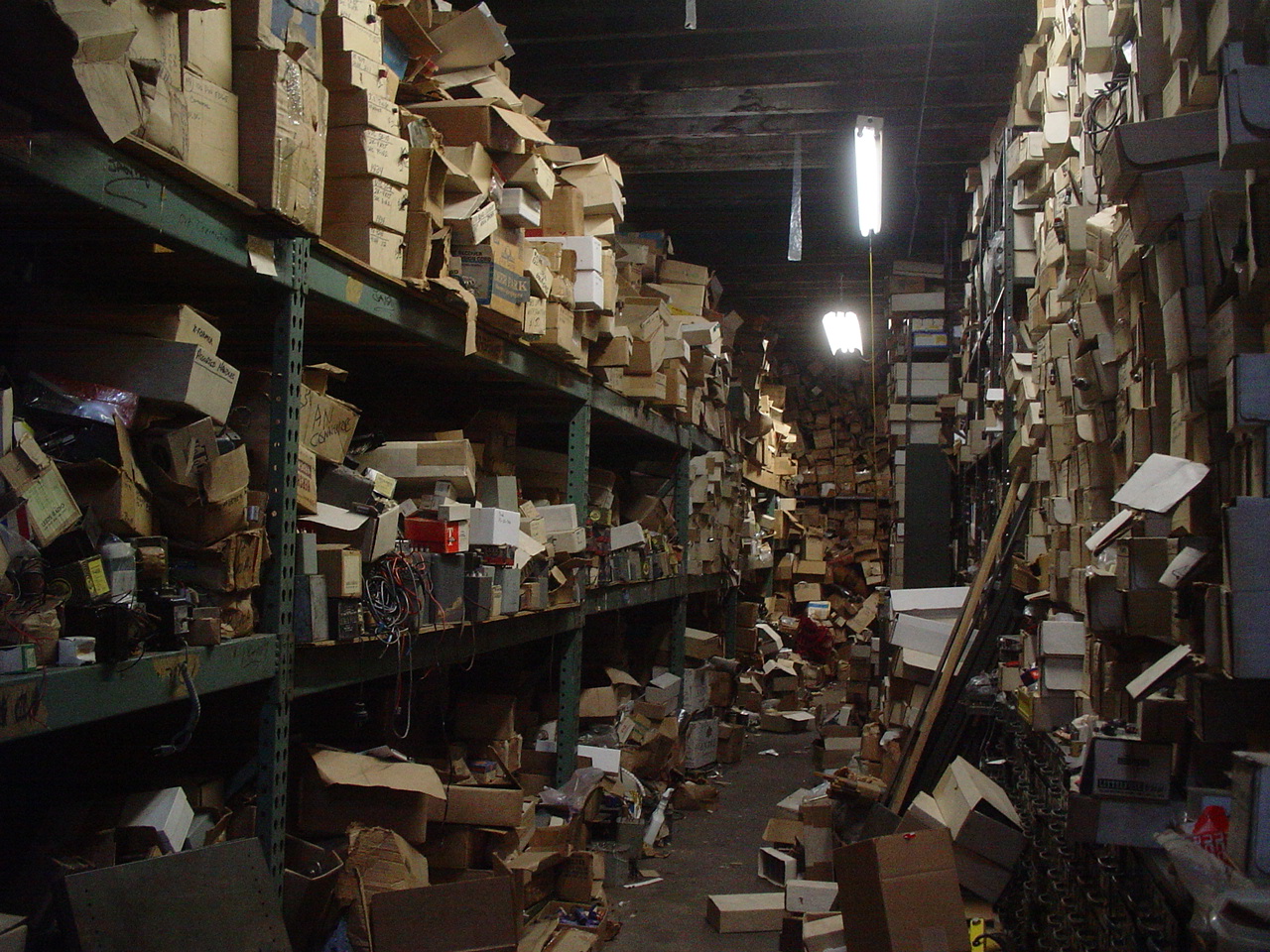 There was no way he was going to call Rich of all people and ask to be unlocked from this room. He knew how that smugness would overtake his normally stiff, ill-favoured face, and he wouldn’t give him the satisfaction. It had been almost a month since he’d been down here last, and the thick scratchy air and vague smell of millipedes was still as unsettling as he remembered.

Stanley had accidentally locked himself in the grimy, neglected storage room while searching for a file. Fumbling through a cabinet of letters and waxy paper folders, he’d heard a sound: a soft shuffle and scratch from the hallway. Straightening up, he walked over and turned the door handle, intending to peer out and find the source. Nothing greeted him except the sharp click of metal on metal to inform him that he was locked in. As he pulled his phone from his back pocket, it sounded again, closer this time and loud. He paused, but dialed.

“Rich, I need you to bring your keys,” he said as soon as the phone picked up. “I’m locked in.” Through the taunting reply on the other end, a long, drawn-out scraping ran across the outside of the door.

It stopped a minute before Stanley heard the jingling of keys, and the door opened.

“Did you hear anything when you were coming down?” Stanley asked, trying to sound as nonchalant as possible.

“No,” Rich replied questioningly and glanced to his left, noting Stanley’s serious expression and quick pace. A wicked grin spread over his face. “Aw, did you get scared? Locked in the basement all alone . . .”

“Of course not,” he replied dismissively, disguising any anxiety in his voice with a natural annoyance. Although there was something about that basement that gave him chills, his feelings of foreboding soon vanished as mild embarrassment set in. It had been impossible to feel anything but disgruntled while listening to Rich’s mocking voice.

This time, there would be no need to call Rich.

I’ll Just find the files and leave. It’s no big deal, he thought to himself.  Just as he was about to step into the room, he heard a voice call after him.

“Oh yeah, apparently, that door will still lock on its own if you close it, so just prop it open while you’re in there,” Rich instructed with a lazy tone and an amused half smile, indicating the musty file room. Stanley just scoffed in response. Rich had probably known that door would lock last time. He always found enjoyment in messing with him, but Stanley wouldn’t take the bait. Rich jingled his keys and placed them on his belt before the conspicuous metallic whine of the elevator carried him back up to the first floor.

Stanley looked around for something to prop the door with. A small cardboard box did the trick, leaving a narrow window open to the hallway. He got to work and began to rummage through the scattered mess of soft, thick paper files. This was going to take a while, he noticed, precariously stacking piles of foxing brown paper and fervently trying to ignore the memories of what happened last time, that eerie scraping. He checked his phone. “Seven percent” he noted. He knew it probably wouldn’t last long, but he didn’t plan on using it.

At first it didn’t bother him, having his back to the door, but as the quiet settled in, the place began to get to him. A few minutes into his task, he noticed that he kept turning back to glance at that rectangular chink of light. The crack itself wasn’t a problem; that connection to the outside was almost comforting to Stanley when facing the door, but he wasn’t. His concentration had to be on the other side of the room, deep in the corner of a cabinet. He faced his files, resolved not to turn around again.

His anxiety began to spike, and he nearly jumped out of his skin when a file fell off its stack with a sudden stinging flap. Slowly and gently he replaced it, forcing a calm through his hands to prove his indifference to the sudden noise. He kept thinking of the persistent, creepy noises from last time. Maybe it had just been the elevator, or Rich trying to mess with him.

The minutes dragged. He could feel the stale basement air press against his back, but he forced himself not to look. The elevator whined at random intervals, interrupting his determined silence. It was nerve wracking, just out of sight, around the corner and down the hall. The worst was that he never knew what it meant. Was it a familiar human face coming down to him, or something else? Stanley didn’t know whether he should consider it threatening or comforting, but he knew it was beginning to unnerve him. He settled on threatening. The tension was mounting, twisting into something more dangerous. Every dull pulse of the air vents and smudge on the white washed walls seemed to seep that invisible echo of a horror that lurks in every deserted place.

Each creak or stir he made seemed to be coming from the door; a sickening jolt ran through him every time his own shoe squeaked louder than it should against the slick floor or his feathery shadow seemed to move faster than he had. It was as if something else was attempting to synchronize its movements with his. His rationality weakened and the thick air closed in when he heard a sound from beyond the door, a hurried scraping shuffle. That was definitely not the elevator, he thought as he whipped around to see the crack staring back at him, a six-inch gateway to an unknown terror. He called out once, nervously but loud. Maybe Rich had come back down? No one replied.

He watched the crack in the door unblinkingly, the silence after the rasping scrape deeper and more horrible than it had been yet. He crept closer, apprehensively allowing just one eye to gaze out. He thought he saw a shadow for a moment. It was only a brief flash, and then nothing. His thoughts went to his dying phone. Yes, he could call and put this to an end if he had to, but not if his phone died first. He tore his gaze away for a moment to check it. It was at three percent. The shuffle sounded again, closer. Far too close. This could be his last chance to call. If his phone died, he wouldn’t have a way out of here for hours.

The next sound was long and steady, a rasping, vibrating scratch, sure of its purpose, as it reached the edge of the wall. Panic asserted itself and his brain filled with an irrational adrenaline. With a frantic motion, he slammed the door, swiftly and gingerly, as if it might bite while hanging loose on its hinges. The crack was sealed. He’d locked out the noise. He faced the closed door, breathing audibly, and with head heavy and reeling. His phone was at one percent. He called Rich.

“Well, well Stanley, you locked yourself in that room again, huh?” He could hear the sneer, and was about to offer a reply when everything went silent. He looked down through the dimly lit room at a black screen. The phone was dead, but the panic was dying with it now. He was about to get out of here. He pocketed it with a sigh of relief and fingered the door handle. His hand stiffened with sudden terror as he heard a shuffle and slow scrape, this time from the cabinets behind him.

Clara Jenkins is a student at Hagerstown Community College and is the current art editor for the Hedge Apple.