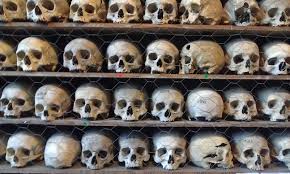 “I’m not too sure about this,” Suzanne said. She stood just inside the threshold of the front door, shifting her weight from one foot to the other and glancing around like she was expecting something bad to happen. The hallway smelled like old people and boiled eggs, and just faintly underneath it all, a hint of bleach. It was like someone woke up, made breakfast, and set about cleaning right away.

“Oh, come on. It’ll be ok. Besides, we’re coming right out again in a minute.” This was from Mark, who was already out of sight around the corner into the living room. It was his house, but his parents weren’t home yet, and this was the first time Suzanne had gone to a friend’s house when their parents weren’t there. She was pretty sure she’d be grounded if her dad found out, so she was anxious to get back to the safety of the street and get home.

A tabby cat poked its head from underneath a love seat in the entrance way and meowed at her. She stepped forward to pet it, glancing around again as her fingers rubbed the soft fur at the back of its ears. It leaned into her touch and closed its eyes in bliss, purring like a small motor. “If my parents find out that I’m over here…” She didn’t quite want to admit that she wasn’t supposed to be there. The Brewster twins, Mary and Mark, had only been at her school for a week, but she’d already developed a crush on Mark that her parents probably wouldn’t approve of. They told her sister, Marianne, that she was too young to be interested in boys and she was a year and a half older. Suzanne was still a little thrilled that Mark had invited her to his house at all—the last thing she wanted to do was act like she was scared of breaking the rules. That wasn’t how cool kids acted at all.

“What, they don’t let you visit friends’ houses?” Mark’s head popped out from behind the corner, frowning. The cat gave a venomous hiss and darted back under the love seat, startling Suzanne. Mark rolled his eyes. “That cat hates people. I’m surprised she let you touch her. You coming?”

She followed him into the living room and down a long hallway. The house looked ordinary, with a few boxes stacked neatly against the wall in the hallway. “We’re still unpacking,” he tossed back over his shoulder. It was eerie to be in someone else’s house without their parents being home. He stopped in front of a bedroom door that had a poster of Spiderman clumsily taped on it. Inside, the room was mostly boxes, with the rumpled sheets of a bed against one wall and a lonely chest of drawers across from it. There were bumper stickers stuck to the fronts of the drawers, but the print was too small for her to make them out without staring.

He darted around the bed, snagged something from the ground and held it out to her. “Isn’t this cool? My dad bought it for me when we moved here. Said it might help me make friends.” It was a remote-controlled helicopter with blades that sounded like a hive of bees buzzing when it hovered. He demonstrated how lights on the side flashed when it made machine gun noises, and she tried to pretend she was interested. But she was acutely aware of the time shown on the digital clock next to his bed. Her own skin started to feel itchy with the sense that every minute that she stayed put her one minute closer to being grounded.

“Can we hurry? I’m supposed to be home in ten minutes.” It embarrassed her to admit she had a curfew, but she decided nothing was worth risking getting grounded for, not even a visit to Mark Brewster’s room.

“Do you always have to go straight home?”

“Not usually. Just since…” She glanced at the doorway and lowered her voice. “Just since the murders. My Dad said it’s not safe to dawdle after school until they catch whoever did it.”

“Oh, yeah. I kinda heard about that.”

“You kinda heard? Wasn’t Terrence Latrell in your English class?” She was surprised—she thought everyone was taking the murders as seriously as her Dad was.

“Wait, that’s why he’s been out this week? He got killed?” Mark’s eyes were very wide, and his mouth hung open as he stared at the carpet. “Oh man. I just thought, well, that he’d been sick or something. But killed?”

Suzanne unconsciously straightened a little, pleased to be able to show off her knowledge on a subject he obviously didn’t know much about. “There’ve been three so far,” she confided. “All kids.” She cocked her head. “Well,” she amended, “the first was a high school kid. But the last two were from our school.” Her voice dropped even lower and when she leaned toward him, he leaned forward, too, to hear her better. “My Dad says there’s a serial killer on the loose.” She allowed a gloating smile when Mark’s eyes got even wider. “My mom got real mad when he said that, because it was at the dinner table. But I heard them talking later that night about it, and she thinks it’s one, too.”

Mark frowned and fidgeted with the edge of his shirt. “Yeah, my mom and dad mentioned that earlier, too.” Suzanne’s shoulders slumped a bit–she’d thought her parents were pretty smart to have come up with that–but Mark didn’t notice. “They were worried about my sister.”

“They were worried she’d be killed?”

“No, not that. Worried that…” He looked up at her, and she was surprised to see that he looked uncertain, as if he were struggling to decide what to tell her. “Do you know why we came to Woodbury?” She shook her head. “My sister kept getting into… She had some trouble at our last school.” He looked at his shirt again. “It got so bad that we had to move.”

Suzanne stared at him, unsure how to respond. “That’s…terrible.”

Mark gave an angry glance to the side. “It wasn’t fair!” he burst out. “One day stuff started happening and everyone thought it was her. People all over town kept harassing us. The teachers whispered things behind our backs. Folks tried to pretend they weren’t staring at us when we went to the grocery store. The neighborhood kids, kids at school—they started with the names. Calling her ‘Bloody Mary’ and ‘Mary the Maniac.’ It was awful! She’d come home crying every day. It wasn’t even her fault.” He glared at his shirt. Suzanne thought she saw a shine of tears collecting along his lower eyelid. “This is our chance to start over.”

“What kind of stuff happened?” Suzanne asked in a soft voice.

He blinked quickly and frowned at her. “What?”

“You said stuff started happening. What kind of stuff? Was it the same kind of stuff as here?” Goosebumps rose along her arms and she felt her scalp tighten. The room felt colder, though she knew it probably wasn’t. It was her that was getting colder as she listened.

Mark opened his mouth, but before he could answer, a door slammed shut somewhere back the way they’d come. Suzanne jumped and whirled to face the hallway beyond the door. “Hello!” a woman’s voice called out. “Hello? Anybody home yet?”

Mark stepped quickly past her to the door and leaned his head out of the room. “I’m here, Mom!” he yelled down the hall. “And I’ve got a friend, Suzanne.” It seemed so strange for him to be calling down the hall instead of going to meet his mother to talk. Suzanne’s mom always got on to her for yelling in the house, when she could just as easily walk down the hall and talk in a normal voice like a civilized young lady.

“Oh lovely!” the voice shrilled back. But even though his mother sounded cheerful, Suzanne thought it felt wrong, somehow. She supposed it was just because of what she and Mark had been talking about. “From school?”

Mark glanced back at Suzanne and gave a theatrical roll of his eyes. She giggled. “Of course, from school, Mom! I was just showing her my pets.”

“Well, don’t get too messy, love. You don’t want to ruin your school clothes.”

Suzanne moved forward to touch Mark’s arm. “No, wait. I can’t. I need to get home, remember?”

“It won’t take very long,” he assured her. He smiled. “They’re just in the closet. Don’t you want to see?”

“But…” She glanced between Mark and the doorway, torn. “If my Dad finds out, I’ll be grounded for li—”

“Relax.” He smiled at her, the same cute smile that he’d given her the first time she saw him in class and pointed at the door. “One quick glance and we’re gone. Besides, it’s probably best if you’re not here when Mary gets home. She doesn’t like it when I have friends over.” As he moved toward the closet door, she realized there was no trace of the tears he’d been close to shedding moments before. In fact, his eyes were clear and alert, and he grinned like her sister did when she rode her bike down a very steep hill.

He put one hand on the doorknob to his closet and then paused. With a glance over his shoulder at her, he said, “I only show this to my friends. But we are friends now…aren’t we?”

She couldn’t help but nod, though the way the sunlight slanted through the curtains in his room told her it was way too late for her to be out.

“On second thought,” Mark said, stepping back. “You open it. It’ll be even cooler that way.”

He straightened in a motion that made his shoes click together at the heels, the way a doorman might stand at attention for a rich lady in a movie. She moved forward, feeling like some other girl in a dream, and put her hand on the knob. Though she expected it to be cold, the brass was warm from Mark’s hand. She pulled it open.

Inside were small glass aquariums, the kind she’d seen in pet stores for lizards or snakes. Three were side-by-side on a shelf, with another three perched on top of those. Each one held a head, in various stages of decomposition, floating gently in a clear liquid that looked too thick to be water. She stared at the heads that stared back at her, feeling empty as her brain struggled to make sense of what she saw. The three on the bottom row were obviously the farthest gone, with milky orbs for eyes and small bits of flesh like sediment floating around the faces. But the ones on top were the freshest. She registered Terrence’s head bobbing, frozen in an expression of surprise.

Suzanne opened her mouth to scream, but only a low huh huh huh noise came out. She turned, slowly, to look at Mark. He stood where she’d last seen him with the same feral grin as before. But now he held an empty aquarium. She hadn’t even heard him move to get it.

He held it out to her and said, “We’re going to need this.” She took it like a robot, unable to keep from looking down into the bottom with a glassy-eyed gaze that didn’t really see anything. Don’t get too messy, his mother had said.

2 Replies to “The Collection By Danielle Davis”