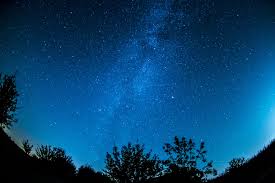 It means victorious, like laurel wreaths.  An overcomer.  Epic.

on Christmas Day.  The doctor was out skiing, or so the epic

goes.  The nurse delivered me.  Placed me on a mantle in front

of the nativity in Avera Holy Family Hospital.  The first epic

I knew was the Bible story, but my name isn’t in the Book.  Neither is

Laurie, which isn’t my nickname, nor Lauren, Lorraine, or the epic

“Laura Sweeney in a bikini,” like they teased in school.  I call myself

‘laurita gringita the hip hipporita.’ I hope they name an epic

constellation after me, a shimmying hippotenuese, kicking up my heels

in the night sky.  If I could choose another name it needn’t be epic,

just Jasmine, like the flowers Mike DeMarco pinned in my hair

in the street in Mysore to drown the epic

But, too late to change my name, whether or not epic.

Irish in the Literary World is both lucky and epic.

Laura Sweeney facilitates Writers for Life in central Iowa.  She represented the Iowa Arts Council at the First International Teaching Artist’s Conference in Oslo, Norway. She is the associate editor for Eastern Iowa Review.