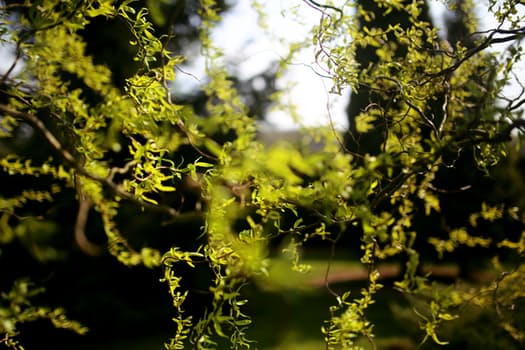 when I think of that day
it is the soft brown of her eyes
that I remember most vividly,
the setting sun reflecting
in their tearful glistening
it was a warm day in Spring
yet I recall shivering inside
chilled amid an emotional ice storm
I was so young, so impetuous
unprepared to fully consider the future
naïve to the ways of regret
now, from time to time
I walk passed that secluded spot
maybe just to visit with
that part of myself
that I left there
without even realizing it
on that long ago day
under that willow tree
where we said our goodbyes
in sad and quiet voices
there
under that willow
where, like a damn fool
I left her weeping. 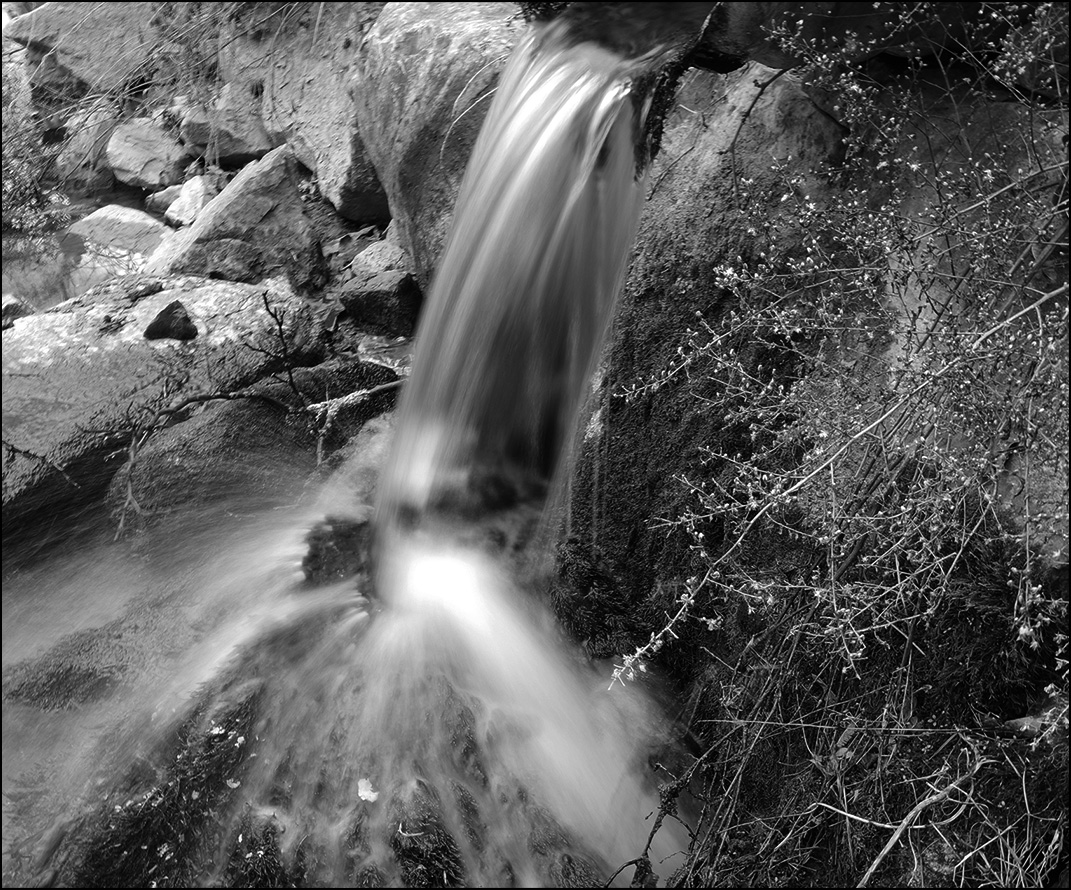 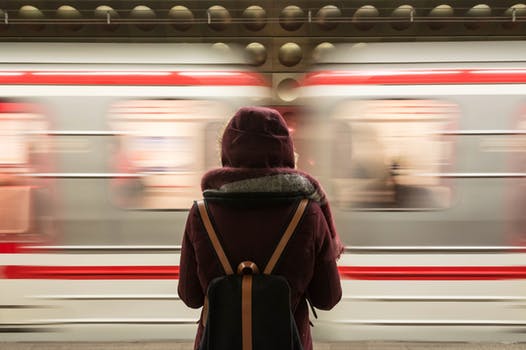 Oh,
How easy it is to pretend
when it only takes one smile to terminate their screaming accusations
and laughter paralyzes their blistering lips
cling to the masses and misfortune shall never visit

So go on, darling
Cover up your scars
Numb your pain
Suppress your thoughts and hide your bruises
Play their game
but don’t ever try to win it

No one cares to hear your story
No one will stay to dry your tears
The truth may bring pain
But no one could ever love the girl who hurts. 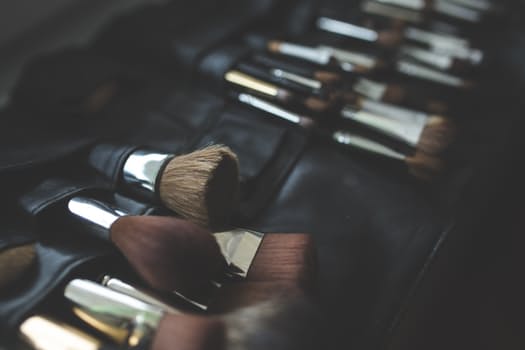 “Make sure you get it right this time, Mindy,” he tells me as he settles into my chair. “Use more waterproof stuff. Yesterday’s rain nearly washed it all off.” His angry tone has become familiar.

“Sorry, sir.” Quietly, I close the door to the salon’s only private room.

“I have a reputation to uphold, woman!” He pounds his fist on the arm of my chair.

“Yes, sir, I understand. I mean no disrespect, but you were in a hurry yesterday.”

I start sorting through various cosmetics at my station in front of him. His vacillations between anger and sadness have become common lately. I catch a glimpse in the mirror as he uncovers his face: long, tanned fingers pushing back the black hood, removing the large, black sunglasses. He has brown eyes, a warm caramel brown. His fingers hesitate to pull off the black mask concealing the lower half of his face. He sees me watching him. I quickly duck my head and collect the necessary makeup and brushes.

Another sigh. “You try my patience, Mindy. But you’re the best in the city.”

I start applying the makeup. His face is several shades lighter than the rest of his skin. It’s my job to make sure no one notices that.

“And you’re the only one who has seen this.” There’s disgust in the word as he gestures to his face. “As such, I can’t reveal it to anyone else. The press would have a field day.” He closes his mouth and eyes as I layer on foundation. It’s three shades darker than the skin of his face, but it matches his coloring elsewhere. “Do you know what I’d do to you if you let word get out?”

“Yes, sir.” I pick up a pot of concealer, mixed specifically for his face. “You’d send an assassin after me and they’d never find my body.”

He laughs, a nice sound. “You got that right.”

My brush hesitates and I can’t hide a smile. I know it’s just an exaggeration; I’d keep his secret even without the fake threat.

“What are you smiling for?”

And the nice moment is over.

“Sorry, sir.” I neutralize my expression and get back to work.

Minutes pass in silence as I add more and more layers of fake, hiding the real man. Normally, we do talk a little. I’ve gotten to know the person he hides underneath the layers of fake; the truth that the cameras, the press, and the fans don’t see. He hides a caring heart, a slightly timid, introverted personality under the harsh mask of celebrity. He’s only a year younger than I am, and we live such different lives.

“Admit it,” he says, breaking my thoughts as I add on the final touches. “You’ve seen it. You think I’m hideous, don’t you?”

“Well…” I take a step back and look at the work I’ve done. With practice, I’ve perfected this look for him. A look that matches the face he had before. I’d studied pictures of him before the accident, chosen all the right colors to match his skin tone. I filled in what he lost of his eyebrows, and helped the hairs grow back. Noticed the nuances to highlight his sharp nose and cheekbones.

He’d seen the accident. Called the fire department. Risked his life to save the children in the meantime. None of them should have survived. The children were safe. And this man in front of me… he made it out with second and third-degree burns, still healing from the worst of them. Except for one covering most of his face. There was no healing it. Only surgery could fix it, which he planned to do when his schedule allowed. Until then, it was my job to hide it.

Celebrities’ faces are their money-makers. Without the face that everyone has always known, he’d be out of work. He hates his face because of the burns. He hides it under masks and makeup so no one will know. No one will see that good deed either.

I don’t know why I do it. I take a makeup-removing sheet and swipe it down his nearly finished face.

“What are you doing?!” He jolts up and grabs my wrist, not tightly.

Rather than anger, I see fear in his eyes. Fear that someone will see the scars I’ve revealed.

“You shouldn’t be ashamed, sir. It was a brave thing you did. I think you’re trying too hard to hide beauty inside a beast.” 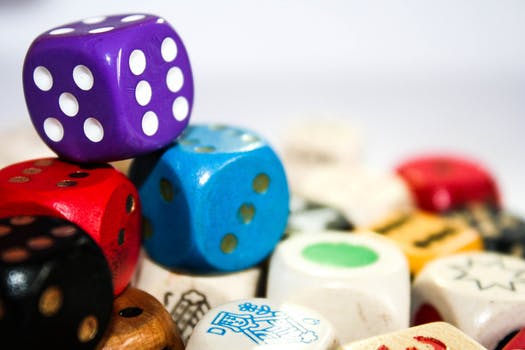 Oh die I do declare, your deceit shan’t go unnoticed
Roll one for me again, and send me straight into psychosis!

What must I do this time, to remove your blighted curse?
In rubbing, blowing, blessing, this affliction refuses reverse

This time I promise the vice, and to seek a set anew
As I cast my final roll, out of spite you give me a two… 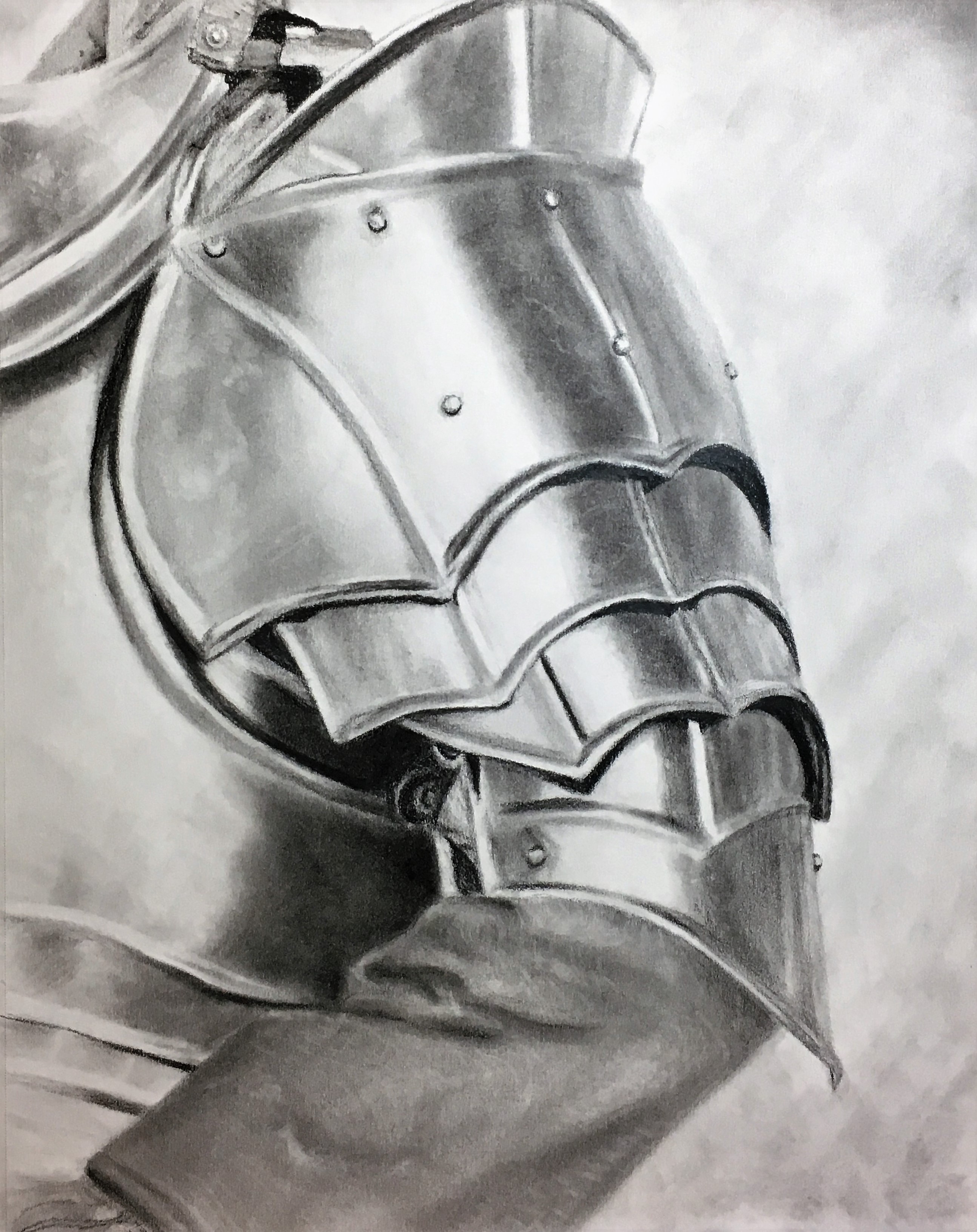 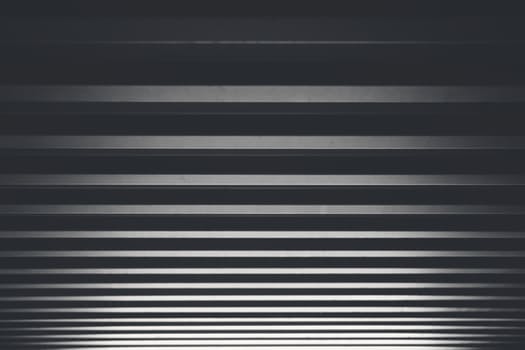 Creeping misery
Won’t let me sleep
If I could grow wings
I wouldn’t be me
Losing my peace,
Loving my grief
Living a nightmare
Less than a dream 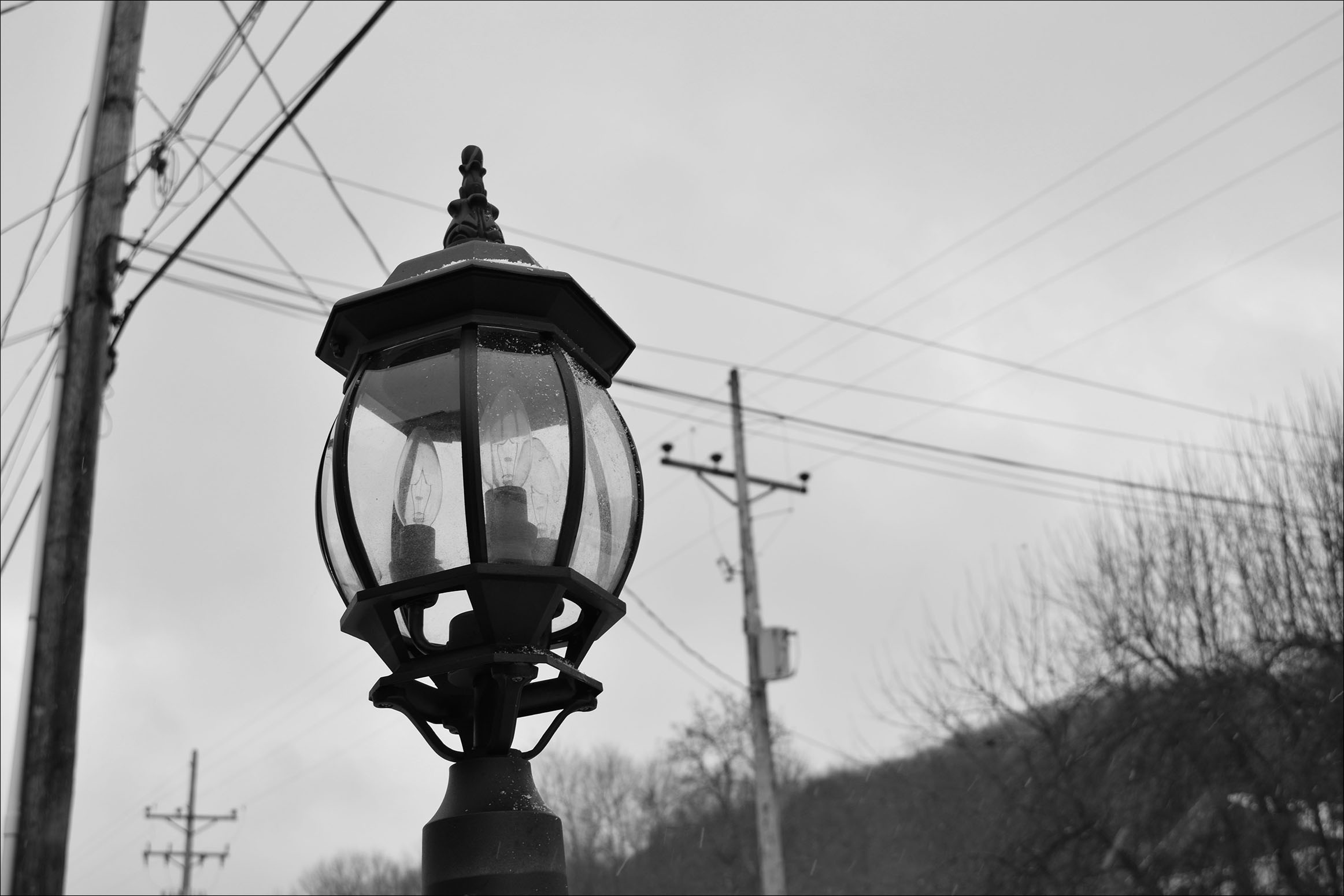 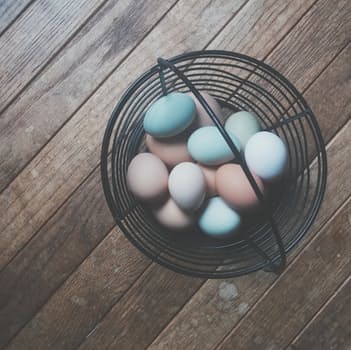 White egg, brown egg, speckled egg, blue egg
Which egg is better on the inside?
Does one egg make you taller?
Or fatter? Smarter? Duller?
Could it be that two of them are tied?

Speckled egg, blue egg, true egg, new egg
Which egg is jealous of the other?
Do speckled eggs hate blue
For their evenness of hue?
Or do they view each other as a brother?

White egg, brown egg, town egg, clown egg
Why has one of these eggs been oppressed?
One egg boasts the test of time
One egg’s made it through a climb
So which of these considers themselves best?

Prize egg, wise egg, size egg, buys egg
If you crack them open what’s inside?
Identical design
In your egg and in mine
Remove the shell and all is simplified. 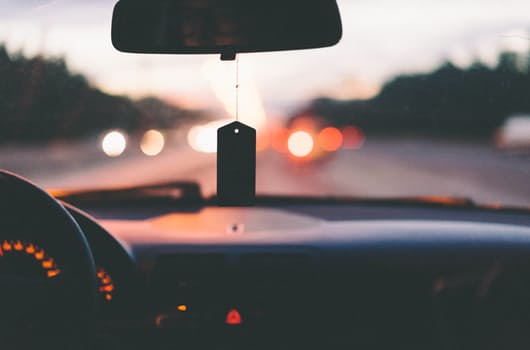 My dad says I’m a clumsy driver. I swerve, zig-zag, misdirect my focus.
Can’t concentrate on the yellow line, on the white line, the in between.
Yes, I’m a terrible driver, but I don’t do any better on foot.
I trip, I fall, I get up, repeat.

He glides, moves side-to-side gently, tenderly.
He weaves in and out of traffic.
Jams that I stumble through he floats through unfazed.

“Get yourself together” he says.
“Get me a drink” I slur.

The whiskey passes my lips to my tongue.
Past my tongue to my throat.
Down my throat into my stomach.
The acid is eating away at the lining.
I can feel the flames licking my insides.
Ignite. Scorch. Blaze.

The water rocks back and forth against the pearly bowl.
I stare into the white abyss willing the raw burn in my stomach to relax.

“But you’re not alone” he promises.

I am though, because he can’t keep me.
He won’t keep me.
The clouds he rides on don’t hold the thunder I possess.
He carries sunshine and deep breaths of air.
My lightning strikes, unpredictable.
The cracks deafening.

“Get yourself together” he says.

But I can’t because I’m a drunken mess,
Lovely and unattainable.