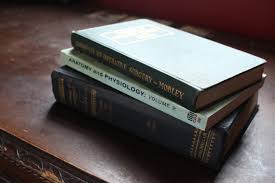 When I was very young I heard of them, certainly, but they remained a distant terror. I heard about them later in religious training and bedtime stories. Ministers taught us to resist the desire or tendency to conform to their ways, beliefs and practices—as if they had any attraction! They were nothing more than evil, something to fear in shadow and abstraction. Yet in bedtime stories, I sensed both threat and charm, for what is the tale without the danger?

While given to believe they were legion, around us every moment, I saw only my friends, other children, parents—where was the danger we feared? The world still seemed a jolly place, and with my faith in God and all his Saints, what had I to fear? Still, the legend of the vampire thrilled me, fear a drug of sorts. I imagined fabulous creatures in their lairs, waiting to suck the mortal blood.

As I grew, I lost myself in studies of the dark ones to the exclusion of anything else, and for this removal from their midst, my townsmen admired me, mistrusted me, even feared me. As years went by, I came to understand legends as ideas cloaking our reality, like the dark cape of the monster—but where were the monsters themselves? The lure of ideas retreated, withdrawing like waves from a beach. As these waves drew back into the ocean from whence they came, what remained but old friends, parents, strangers met along the way, my teachers themselves?

I could no longer believe that vampires, demons, or other such hobgoblins, manifested themselves among the normal, common folks with whom I worked and lived, who looked at me as something of an oddity because I was not yet one of them! I had held back from them so long I felt alone. Following this childish faith—that the imaginings and fears that once fascinated me had promised a world darker and stranger than the natural one—had made me an oddity, a freak, willfully denying the goodness of the curious humanity about me, who studied me with furrowed brow as I searched among them for the shapes of evil.

I relaxed my defenses, laughed at the fool I had been, joined the throng of comrades in their pleasures and strife, blessing the day they finally took me in as one of them. Years passed, and nothing of the child I had been remained. And then, one day, a fellow came to our office with frightened, shining face, full of the illusions of protracted youth. He had surely been a pampered one. How little did he know of the reality of life! And yet, what promise he possessed. He stirred my fascinations of old with the tattered pages of the book he sought to publish.

He sat across from me at lunch next day, in the midst of an eating, drinking crowd, loud with conversation of daily matters. A dear friend had died; perhaps this separated him from me. In his excited words and gestures, I saw him for a fool possessed of ridiculous ideas, and nothing more. But as the distance between us grew, what I saw was not a separate individual, but the sort of fool that I had once been. I now recalled the wild excitement of those days, so long forgotten, that now un-reclaimable faith! What I experienced was grief!

What my teachers hoped to protect me from, I had become, the inevitable progression to conventionality against which they warned me. Yet even then they knew the reason they sought to preserve in me their own lost faith—they knew it would be lost. I looked about us there in the restaurant, saw the creatures I had feared, whose number I had joined not because they sucked at my blood, but because I feared to stand alone. I could hardly breathe. I shouted, “Please, stop this nonsense at once!” My young companion ceased in mid-speech and those at tables near enough to hear turned to look at me. Their curious, roguish smiles terrified me.

I literally fled the company of men preoccupied with their own lives and hid in the forest around our little hamlet, shunning the community of people who had fostered, rejected, received me once more in their bosom. I could not return. I left word by an old friend that I would venture back to the university and into the greater world in my pursuit of a project I had contemplated for many years. Oho, my old friend said, with a mischievous smile, so, you have not given up on all that muck?

I winked at him as if he had caught on to me, but I did not tell him I had discovered an abandoned hut in the deepest wood and there taken up residence with nothing but my howling emptiness for sustenance and companion. I grew thin, snarling, sickened on my own lost faith, the notions I once held that could never be fulfilled or realized in this or any world. I felt nothing so strongly as an urge to stop the young man who had created this metamorphosis in me, for his mistakes had been my own, and mine had led me here.

One night, desperate without respite or cure, I cloaked myself in darkness, crept to the edge of town, and peered through a window the other side of which sat my student at his books. A fire dwindled at the hearth. With candle burning at his elbow, he smoked his clay pipe as he followed a line of thought with one finger on a text. My hatred flared now higher than the fire inside a darkness I had pulled around me. I tapped on the window, drew back in the trees. From where I hid I saw an inquiring face at the glass, looking first one way, then the other.

I climbed onto the lower branch of a stout tree and perched there listening as his front door opened. I heard the rustle of the undergrowth as he made his way around the little house, calling out a tentative greeting: Hello, who’s there? I removed a lengthy blade secreted in my bosom as he approached. When he stopped beneath me, puzzled, I hid my mirth. I watched him in his dire confusion scolding his own senses for deceiving him. I waited until he gave up inquiry and went back in the house to climb down from my tree and hurry through the shivering woods, to the remote hut in which I now dwelt.

Did I intend to kill him that night, or on another night in the coming weeks and months, or did I simply intend to terrify him? I did not know, but I came to realize our fates had become inextricably entangled, my only duty now to ensure my student either gave up forever or never gave up his studies. I wanted to dash, once and for all, a fantastical faith that his fears had a mysterious source that would, at last, be revealed to his probing mind, or confirm him in the same belief—which, I could not say.

Inevitable fulfillment came at last, one night in autumn, when the student railed against the forces tormenting him. I lurked in the shadowed doorway of an alley through which he had come to pass, ever glancing behind. He stopped, turned, and roared for his tormentor to reveal himself at last. As I stepped from concealment, the dagger clutched in my hand inside the cape, he stared in terror until he found his voice and demanded my identity, and the reason I assailed him in this way. My turn to be confused.

He pointed now, arm straight, his finger stiff, asserting his right to an answer. Could he not recognize my face? Was I so changed? Answer me, he bellowed, whatever manner of demon you may be. Your name, sir!

I could take this unconscionable abuse no longer. I sprung, cape flying, plunging the blade deep in his heart and held it there, looking in his eyes. When he fell, I crawled on top of him and whispered in his ear: Your studies, sir, have not been in vain, for you have called me from the blackest hell, wherein my malice and my love were forged.

Robert Pope has published a novel, Jack’s Universe, as well as a collection of stories, Private Acts. He has also published many stories and personal essays in journals, including The Kenyon Review, Alaska Quarterly Review, and Fiction International, and anthologies, including Pushcart Prize and Dark Lane Anthology.